I happened upon a blog [FlashbackDallas – full post here] that featured this late 1891 advertisement for Oak Cliff. To be honest, I didn’t realize that the phenomenon of advertising a city for living was a thing of yesteryear. Locomotive travel certainly opened the doors for vacations as we see them now, but to encourage movement seems a much more modern thought. 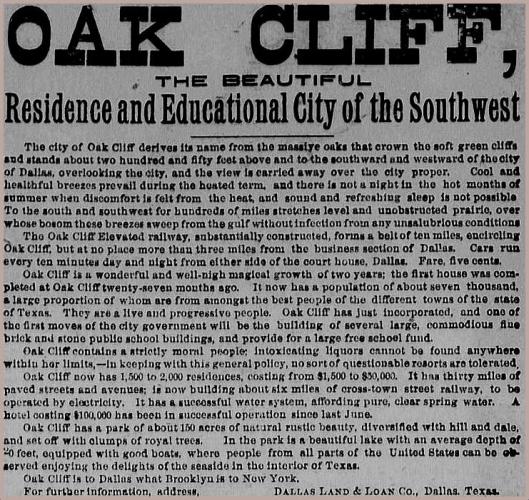 I quite enjoyed the description of the OC: “Cool and healthful breezes prevail during the heated term, and there is not a night in the hot months of summer when discomfort is felt from the heat, and sound refreshing sleep is not possible.” What a sell! Can you imagine, in the 1890s, what a lure this would be to those who had endured the insufferable summer months that plague the South?

“Oak Cliff is to Dallas what Brooklyn is to New York” — what an apt way of describing that we are both in and not in the city — it is, in essence, the only borough of Dallas. Close, but separate; individual but incorporated.

“They are a live and progressive people” – and that holds true through today. I’m proud to be part of such a great – and historied – community. 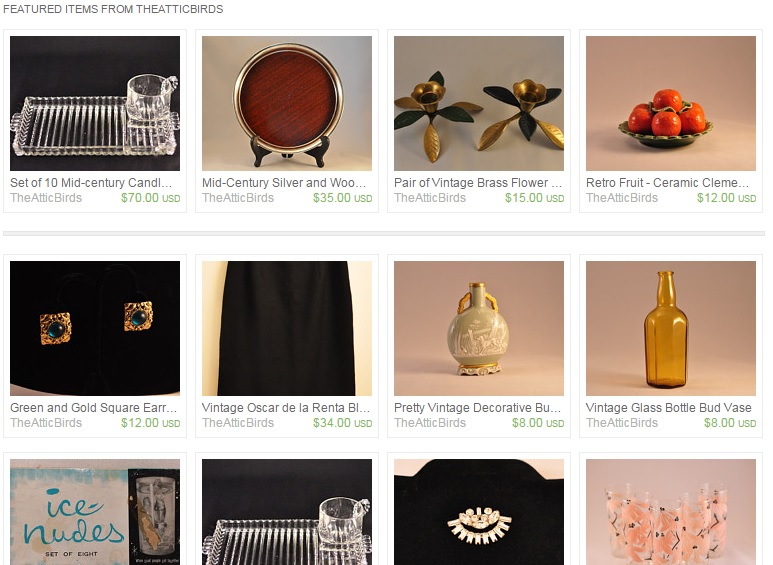 What we’re talking about!